When I buy a kitchen appliance I not only one high quality, durability and efficiency, but I also want versatility. I want to be able to do several things with one piece of equipment. I don’t need 3 or 4 appliances junking up my kitchen when one can do the job just fine. That was one of the features that attracted me to the Omega J8004 juicer. You not only get one of the highest quality juicers on the market but you also get a machine that can do many more things than just juice. Here’s what I found out about the Omega juicers.

Omega makes some fantastic juicers. The Omega J8004 and J8006 certainly carry on with that tradition and are two of the best on the market. Before I get into the review of these models, let me just quickly explain the difference between some of the Omega models. The 8004 model comes in white and the 8006 model comes in black and chrome. That is the only difference between these two models; all of the other features are identical. The Omega 8006 costs about $40 more than the 8004. So it’s really up to you whether you want to go with the chrome and black. It just depends on your personal taste and what best matches your kitchen décor.

The following video talks about the differences between the models and shows you how the Omega works in a juicing demo. Part 2 is down below if you want to check that out too.

So, overall the newer versions offer a much design and better features than the older ones. The price difference between the older 8003 and the newer 8004 is about $30 and $50 between the 8005 and 8006. In my opinion, the newer models are a much better buy and offer a really good value for the money. Here is some more detail about the Omega J8004 and J8006 Nutrition Center Commercial Masticating Juicer.

This Masticating Single Gear Juicer Really Gets the Job Done

There are four basic types of juicers, citrus juicers, centrifugal multi-use juice extractors, masticating single gear juicers, and triturating twin gear juicers. The last two are usually referred to as wheatgrass juicers although they can be used for many different fruits and vegetables other than just wheatgrass. The price goes up with each type, with the citrus juicers being the least expensive and the triturating juicers being the most.

Citrus juicers and centrifugal juicers spin and grind ingredients to extract juice. Citrus juicers can be used only with citrus fruits like grapefruit and oranges. Centrifugal juicers are more versatile and can generally handle almost any fruit or vegetable with the exception of wheatgrass. However, they have a hard time with leafy greens and sprouts.

Masticating juicers are more efficient and able to extract even more juice than a centrifugal juicer. The Omega J8004 is a masticating juicer. They also work better on sprouts and leafy greens. Plus you won’t have foamy juice as you can sometimes get with a centrifugal juicer due to the spinning process. Foamy juice creates oxidation which can destroy juice enzymes and reduce some of the health benefits of the juice. Triturating juicers are the most efficient of all of the models however they are also the most expensive.

One Of The Most Efficient On The Market

The Omega J8004 juicer is a masticating single gear model. So you’ll be able to juice just about any fruit or vegetable including wheatgrass. The Omega models use a patented 2 phase juice screening system that filters out most of the pulp. They also use a patented specialized design that uses a juicing cone, extraction auger, and drum to maximize the juice produced. This system is able to produce 20% more juice than standard juicers and that juice will retain up to 60% more nutrients. 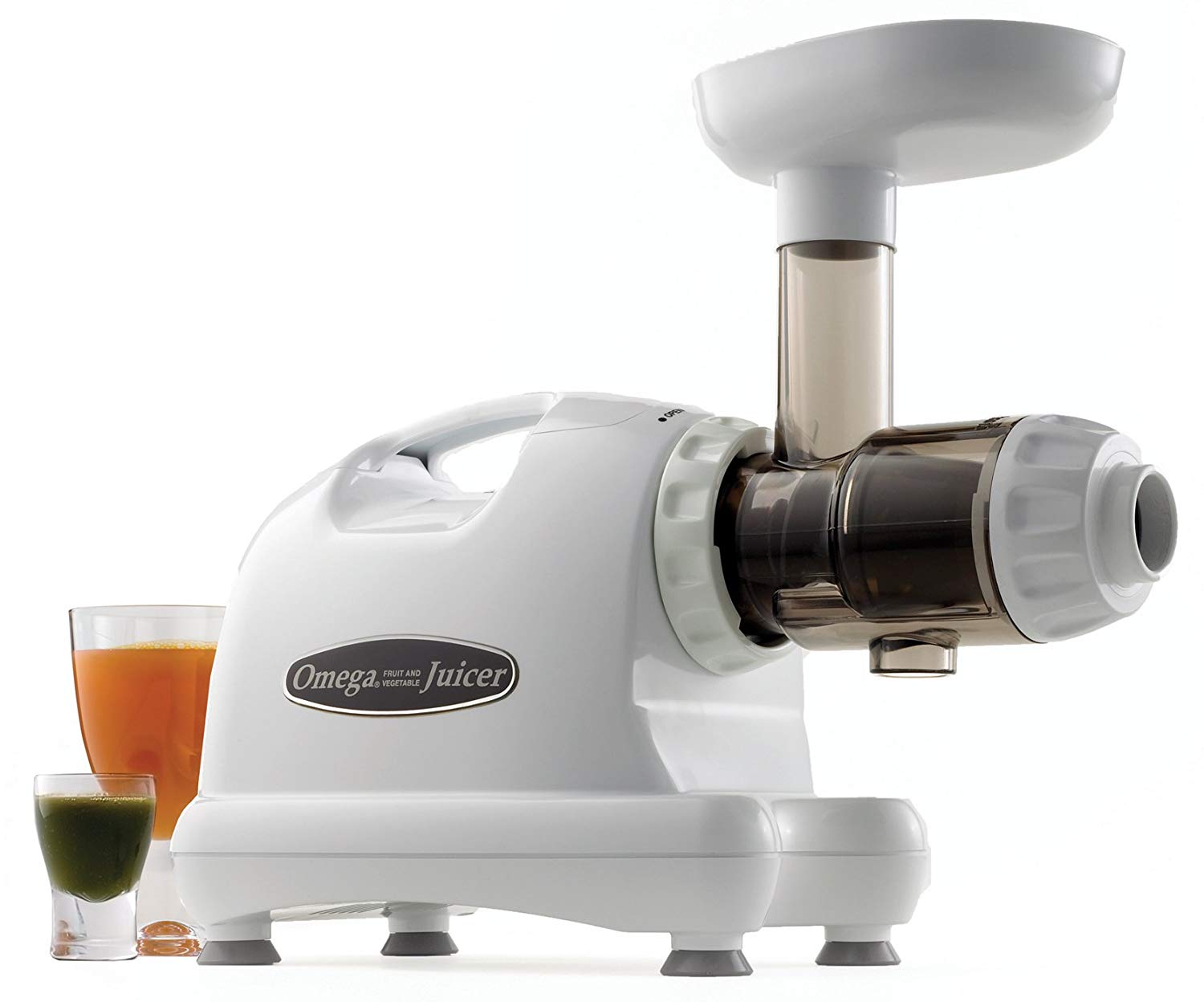 Because of the specialized design and juicing process, the Omega 8004 is able to produce juice that holds its freshness and vitality for much longer than juice produced by standard juicers. You can store the juice that comes from your Omega juicer for up to 48 hours in the refrigerator. Most juice from other juicers deteriorates very quickly. You can tell when you see brown colored bubbles on the side of the glass when you’re drinking your juice that it’s not fresh anymore. You won’t see that as quickly with the juice coming from your Omega.

The Omega J8004 Will Do More Than Just Juice

I was really amazed at the number of different things you could do with this machine. You can make delicious sorbets using a variety of frozen fruits. I just love sorbet and it’s so much healthier than regular ice cream. You’ll also be able to make baby food, which I know will come in handy for many parents out there who don’t want to buy canned baby food.

If you’re a peanut butter fan, which I am, then you’ll be glad to know that you can not only make your own peanut butter, but you’ll be able to make any kind of nut butter. I’ve heard that Macadamia nut butter is really good and creamy so I’ll have to give that one a try.

Using an attachment that comes with the J8004 you can also create your own pasta. You can use your own ingredients here and even try infusing some vegetable juice into your pasta. I like buying spinach and tomato pasta at the store, so why not make your own.

This is a real time saver. You can continue feeding ingredients into the Omega J8004 and not have to worry about cleaning out the pulp container or having it get jammed. The container also sits at the end of the machine and is clear so that you can easily see how full it is and dump it out when you need to.

This picture shows all of the parts of the Omega J8004. There are really only about a dozen parts and they all detach very easily. Most parts are dishwasher safe and very easy to clean by hand.

As you can hear from the videos, this machine is very quiet. You can easily talk over it. This is typical of most masticating juicers because they don’t have to spin as fast as centrifugal juicers. And if you compare this juicer to your blender for example, the blender will sound like a jet fighter taking off when matched up to the juicer.

Summary of the most helpful positive reviews:

Owners that are health conscious really like that the Omega J8004 uses a super hard specialized plastic that prevents chemicals from potentially leaking into your juice. They also like that the Omega can really get a lot of juice out of the fruits and vegetables they put into it. They knew that the juicer was very efficient because of how dry the pulp was.

Nearly everyone felt that the Omega juicer was a really good buy for the price. Owners that like to juice greens said that the J8004 did a really good job and that the juice kept longer than juice from other juicers they had used in the past. Some other things that owners like include the 15-year warranty, and the ease of clean up. One reviewer said she could clean the juicer in 30 seconds. Many people also like that you can make a lot of different items with this juicer and not just juice.

Summary of the most helpful negative reviews:

Some owners thought that the Omega J8004 was a little slow. There was also comment or two about the feed tube being too narrow. A couple of people mentioned that you really need to press down hard on the plunger to get certain harder fruits and vegetables down into the machine.

There are many online retailers that sell Omega juicers. The one that I found that has the best prices is Amazon. They also have free shipping and will often have the 8004 on sale. You really can’t go wrong buying from Amazon and you can expect your juicer to arrive very quickly. And while you’re on the site you can pick up a book or two on juicing. Check for the Best Deals for the Omega J8004 Nutrition Center Commercial Masticating Juicer.

Where Can I Read More Reviews About the Omega J8004 Juicer?

There are a lot of reviews on the J8004 and most of them are overwhelmingly positive. There are over 195+ reviews on Amazon alone for the J8004 with 77% 5-star ratings and only 3% 1-star ratings at last check. The overall rating is 4.4 out of 5 stars. That is pretty outstanding for a kitchen appliance. There are a lot of passionate juicer users out there too, so you’ll find many detailed reviews from owners. Read More Reviews About the Omega J8004 Nutrition Center Commercial Masticating Juicer.

Omega Juicers was founded by Robert Leo in 1985 and acquired by Legacy Companies in 2009. They produce high-quality juicers as well as blenders, drink dispensers and granite machines, and food processors. Omega recently partnered with both Sunkist and GNC to produce several cobranded products due out soon. 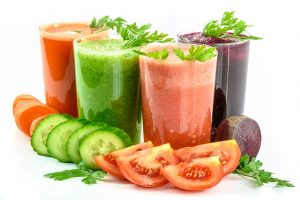 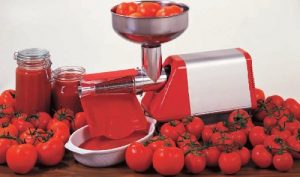 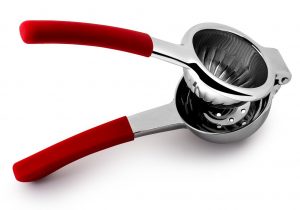 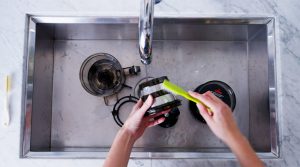 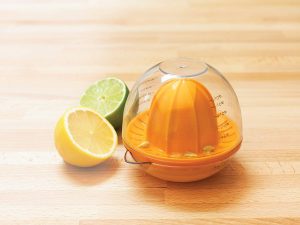 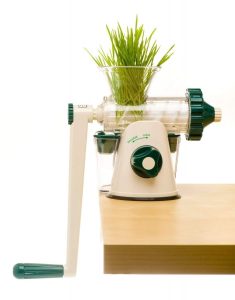 JuicerGallery.com is to give quality information about juicing fruits and vegetables, get the best out of the juicer, product reviews, and article discussion for best tips to juicing as a family.

Juicer Gallery is a participant in the Amazon Services LLC Associates Program, an affiliate advertising program designed to provide a means for sites to earn advertising fees by advertising & linking to Amazon properties.